Disasters that turn out well....makes me smile!

A lot of my friends don't even know I have written a blog.  It's down to every few years.  Let me know if that's a mistake.   Be kind.

Sometimes the very worst travel experiences can be hilarious.  Or not.  And sometimes you make marvelous friend when it's resolved.

I thought staying on a boat in Gibraltar would be amazing.  I sent an email informing the host I would be late checking in due to taking a 5 pm bus out of Granada.  That would get me into Algeciras at 10pm.  What I didn't count on is Gibraltar is a $35 taxi ride and it only went to the border of Gibraltar.  Taxis from Spain are not allowed in Gibraltar (UK) and vice versa.  I paid the taxi and he pointed to the aduana office and sent me on my way.  It was 11 pm.

The Aduana is customs as I know from living in Ecuador.  There's no one there.  There are machines telling me to place my passport on the glass.  It did not matter how I placed it, I had an error.  Mounting frustration.  I was tired and did not know which hurt more...my feet or my knees since I had stumbled about for four hours at Alhambra before the five hour bus ride.  More on Alhambra later.

Enter Jim.  I thought this tall handsome Brit worked there and proceeded to air every grievance that happened that day and some previously.  If he had not stopped me, I might have gone back to my childhood.  No, he just lives here but offered to help.

He took me to the checkpoint.  They looked at my passport and asked if I had anything to declare.  I'm thinking "I declare this the worst day of my life" but stifled myself and squeaked  out "I have a bottle of Spanish extra virgin olive oil and a very small bottle of sweet wine."  I get eye rolls, my passport handed back and instructions to move on.

I had told Jim my knees really hurt.  He knew where the boat was but was hesitant.  He told me it was a 15 minute walk for him and maybe 25 for me.  I explained I once had a baby without anaesthesia and I can soldier on.  That set the mood and we had a lively conversation from that point.  We had fits of laughter all the way.

I would never have found the boat alone.  When we arrived at midnight, there was no one around. I was dripping in sweat.  The doors were open and I considered that an invitation.  I called around.  No answer.  Jim helped me by carrying my bag down the VERY steep stairs to sleeping quarters. All but one had keys in them.  I felt like Goldilocks of the Three Bears fame breaking into someone's place and choosing a bed to sleep in.  This one is too soft.  This one is too hard.  No, this one is juuuust right.

I waited for "Karen" to show up.  Her phone number was written on a board but I'm not sure how to make an international call on my phone and wanted to preserve my 2g of internet I bought in Madrid as I didn't know when I'd get more.  I waited until I fell asleep bathed in my own putrid sweat.

Before I fell asleep, I had to make a bathroom run.   Hmmm, no shower.  Signs stating urine only.  BUT!!!!  Karen, urine a lot of trouble in the morning.  Where do I do number 2 and where do I shower?  IS THE WATER ON THE BOAT POTABLE?

This morning I wake up my usual 4:30 but gratefully fell back asleep for three more hours.  Where the hell is Karen??  Is this a ghost ship?   I took a walk down the pier until I found someone awake and alert.  Do you know Karen with the boat Con Dios?  Yes.  Where is she?  "I think she's over there, maybe?"  Could you tell me where people poop and take showers around here?  I realize 7:30 am is awful early in the morning to face an angry, raving fuschia  haired old woman.  It was not my most shining moment.  I had no idea even how to flush the toilet.  They pointed in an easterly direction.  I said they needed to be much more specific because all I saw was boats and lots of them.  At the last of five piers was a building where I promptly headed after offering my gratitude.

As I was walking back to the boat, there was a blonde headed lady headed my direction.  "Are you Vickie?"  Damn straight, I am.  Where were you?  I don't know how to flush the toilet!  I had no idea where to shower!  I CAN'T EVEN POOP!! (aside to my children..it is a bodily function, ya know).  Is the water potable on the boat?  She tried to calm me but I was having none of it.  "My phone number was written on the notice".  My phone had run out of minutes and I was unable to make any calls.

I flew to the room and started packing my things.  I didn't know where I was going but I didn't want to stay there.  She came in quietly and said "Look, since your here, you may as well see Gibraltar.  Let me make you a cup of coffee."  Coffee?  Did you mention coffee?

While drinking coffee together, I learned she was a single mom of a 14 year old girl and 17 year old boy much as I was once upon a time.  She didn't even live on the boat but on one three slips down.  She said she was up until 2 am and had missed the whole Goldilocks action.  The more we talked the more we had in common.  She had moved to Gibraltar 20 years ago with the husband who had recently left her for another woman.  She owned a laundry service in the center of town.  In short, she was just another woman keeping her head above water.  Just as I struggled to do years ago.  She had very nice children that I met after my Barbary monkey trek.

We connected on Facebook and promised to keep in touch.  I like her.  A lot.  The hilarious part?  Maybe some day.

I'm really not Goldilocks.  Fuschialocks is more like it. 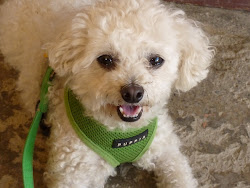